Home
Children
The Missing Nappy/ Diaper Mystery. Will You Solve it?

As a fun loving Noni, just have to share the events of a day I was babysitting my little granddaughter. Some will be mortified, others will laugh along with me. Here is the story of The Missing Nappy.

The day began like any other. I drove to my daughters house about twenty five minutes away, ready to begin my ‘Noni’ day with my gorgeous little poppet.  My daughter informed me that little miss had been up since 6am (it was now around 8,30am) so she would be ready for a nap at her usual time.

Plans for the day meant that nap time would have to wait. One of my twins needed me to hold her hand at the Dentist as she hadn’t been since in High School (now 21 mind you!)

Little Miss packed into the car and we headed to the dentist with my Ms 21, completed the appointment and headed home to my place as I figured I could work on my project while Little Miss had her nap. She does like to lay on Noni’s bed while watching the Wiggles of High Five and usually dozes off while there.

So far so good! Got a warm bottle of milk ready, got the right channel on Netflix and settled my little angel down for what is usually a 3 hour nap so that she can recharge her batteries. I turned on my computer and became totally immersed in the project at hand – building my own website for my new business.  I put on my headset so that I could follow along with a tutorial and got to work.

About an hour later (felt like minutes! Know what I mean?) Hearing the hamper lid in my bedroom slam shut. Upon investigation I found Little Miss walking into the ensuite. I could smell poo so told her I would change her nappy. The little darling said ‘yes, poo’ as I reached to pick her up to put her on my bed to change her nappy.

Aaaagh! She wasn’t wearing her nappy and there was poo smeared up her back, chunks on her fingers and to my dismay, a large yet thin layer of the fecal matter smeared over the tiled floor of my ensuite! I carefully lifted little miss by grasping her under her arms and told her she needed a bath!

After an intense bubble bath, scrubbing the brown stains from her body and quickly getting her out as I saw the floaties starting to jeopardize my cleaning efforts. I wrapped her in a towel and took her back to my room to get her dressed in nice clean clothes and a fresh nappy. Once I had her sorted, I grabbed some cleaning equipment and scrubbed up the poo smears which had also extended to the tiled passage outside my bedroom door!

Then I realised the nappy that Little Miss had obviously removed herself was missing.

Upon questioning Little Miss as to the whereabouts of the nappy, she told me it was in the bin (she is a well trained toddler after all!).

Searching every bin within her reach hoping to find it.  No nappy. So I checked all of the drawers, stripped my bed, looked under pillows and in the toilet! What if she had flushed it? The blockage would be disastrous! No nappy to be found anywhere.

Little Miss was very tired by this time so I laid her down and figured she would be able to help find the nappy once she was well rested as she was beginning to become a little distressed with Noni for not understanding her. Sleep makes this kid super smart! She finally fell asleep and I returned to my computer but not before sending a message to my daughter, the mother of Little Miss, to fill her in on the drama so far.

Telling my Daughter not to laugh as I could not stop smiling about the whole thing.

Time elapsed. Nappy discovered missing around 11.15am. Total mystery. Hours go by. Daughter number three that was home with a half paralyzed face from her dental appointment helped in the search. She swore she could still smell poo in my bedroom but I guess I had become immune to the smell after the big clean up! We checked the gardens and veranda as we do own a dog that is prone to get smelly things and take them outside to investigate.

Now just before 4pm. Almost four hours had gone by with no sign of the missing nappy.

Waking up in a refreshed and happy state, Little Miss was ready for more questioning. After taking her to the kitchen for some snacks and a drink, I asked her again ‘Where is your nappy? the one with the poo?’. I asked her to hold my hand and take me to it.

The little darling took me to my room and to my horror, crouched down to look underneath my bed! Oh no! I was imagining all sorts of things as I had looked under the bed. I hadn’t checked the vac- sealed bags of some clothing under there!

Bending over and lifting the bed covers, Little Miss pointed and said ‘bin’. Under my bed was an ice bucket. Simply put there as I had no room anywhere else and it just tucked under nicely. I pulled the ice bucket out and there it was! Neatly wrapped and put in the ‘bin’! It was such a relief that it had not ended up down the loo – or anywhere else for that matter!

Do you have any fun toddler stories to share? Perhaps you have a blog dedicated to these types of recounts. Please use the comment section to share a link so that I can read about your adventures too! 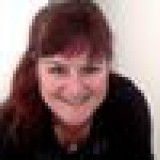 Bringing together my love of reading, researching and teaching, this site will bring insightful tips and resources to help others on their path to success. With over 20 years of Network Marketing and Direct Sales experience in addition to formal qualifications in Literature, Management and Training, Personal Development and Life skills coaching, My goal is to transform thinking into doing and to change lives along the way.

More on this Site

Get all the Goss